Near Udvarhely, in Transylvania, a live cock is bound up in the last sheaf and killed with a spit. It is then skinned. The flesh is thrown away, but the skin and feathers are kept till next year; and in spring the grain from the last sheaf is mixed with the feathers of the cock and scattered on the field which is to be tilled. Nothing could set in a clearer light the identification of the cock with the spirit of the corn.

By being tied up in the last sheaf and killed, the cock is identified with the corn, and its death with the cutting of the corn. By keeping its feathers till spring, then mixing them with the seed-corn taken from the very sheaf in which the bird had been bound, and scattering the feathers together with the seed over the field, the identity of the bird with the corn is again emphasised, and its quickening and fertilising power, as an embodiment of the corn-spirit, is intimated in the plainest manner. Thus the corn-spirit, in the form of a cock, is killed at harvest, but rises to fresh life and activity in spring.

Again, the equivalence of the cock to the corn is expressed, hardly less plainly, in the custom of burying the bird in the ground, and cutting off its head like the ears of corn with the scythe. In Galloway the reaping of the last standing corn is called "cutting the Hare. When the rest of the corn has been reaped, a handful is left standing to form the Hare.

It is divided into three parts and plaited, and the ears are tied in a knot.

Planxty - The Hare in the Corn, etc. [Irish Folk]

The reapers then retire a few yards and each throws his or her sickle in turn at the Hare to cut it down. It must be cut below the knot, and the reapers continue to throw their sickles at it, one after the other, until one of them succeeds in severing the stalks below the knot.

The Hare is then carried home and given to a maidservant in the kitchen, who places it over the kitchen-door on the inside. Sometimes the Hare used to be thus kept till the next harvest. In the parish of Minnigaff, when the Hare was cut, the unmarried reapers ran home with all speed, and the one who arrived first was the first to be married. In Germany also one of the names for the last sheaf is the Hare.

The reapers hurry with their work, each being anxious not to have "to chase out the Hare"; for the man who does so, that is, who cuts the last corn, is much laughed at. At Aurich, as we have seen, an expression for cutting the last corn is "to cut off the Hare's tail.

In Norway the man who is thus said to "kill the Hare" must give "hare's blood," in the form of brandy, to his fellows to drink. In Lesbos, when the reapers are at work in two neighbouring fields, each party tries to finish first in order to drive the Hare into their neighbour's field; the reapers who succeed in doing so believe that next year the crop will be better. A small sheaf of corn is made up and kept beside the holy picture till next harvest.

AGAIN, the corn-spirit sometimes takes the form of a cat. Near Kiel children are warned not to go into the corn-fields because "the Cat sits there. In the neighbourhood of Lyons the last sheaf and the harvest-supper are both called the Cat. About Vesoul when they cut the last corn they say, "We have the Cat by the tail. If a reaper is wounded at his work, they make the cat lick the wound. At the close of the reaping the cat is again decked out with ribbons and ears of corn; then they dance and make merry.


When the dance is over the girls solemnly strip the cat of its finery. He is enveloped in rye-stalks and green withes, and is furnished with a long plaited tail. Sometimes as a companion he has a man similarly dressed, who is called the female Cat. Their duty is to run after people whom they see and to beat them with a long stick.

Near Amiens the expression for finishing the harvest is, "They are going to kill the Cat"; and when the last corn is cut they kill a cat in the farmyard. At threshing, in some parts of France, a live cat is placed under the last bundle of corn to be threshed, and is struck dead with the flails. Then on Sunday it is roasted and eaten as a holiday dish.

In the Vosges Mountains the close of haymaking or harvest is called "catching the cat," "killing the dog," or more rarely "catching the hare.

The man who cuts the last handful of hay or of wheat is said to catch the cat or the hare or to kill the dog. In some parts of Prussia, when the corn bends before the wind, they say, "The Goats are chasing each other," "the wind is driving the Goats through the corn," "the Goats are browsing there," and they expect a very good harvest. Again they say, "The Oats-goat is sitting in the oats-field," "the Corn-goat is sitting in the rye-field. When a harvester is taken sick or lags behind his fellows at their work, they call out, "The Harvest-goat has pushed him," "he has been pushed by the Corn-goat.

When a reaper in the middle has not finished reaping his piece after his neighbours have finished theirs, they say of him, "He remains on the island. Near Straubing, in Lower Bavaria, it is said of the man who cuts the last corn that "he has the Corn-goat, or the Wheat-goat, or the Oats-goat," according to the crop. Moreover, two horns are set up on the last heap of corn, and it is called "the horned Goat.

Ears of oats are inserted in its nostrils and mouth, and it is adorned with garlands of flowers. It is set up on the field and called the Oats-goat. When the reaping approaches an end, each reaper hastens to finish his piece first; he who is the last to finish gets the Oats-goat. Again, the last sheaf is itself called the Goat. Thus, in the valley of the Wiesent, Bavaria, the last sheaf bound on the field is called the Goat, and they have a proverb, "The field must bear a goat. Sometimes the last sheaf is made up in the form of a goat, and they say, "The Goat is sitting in it.

Thus, in parts of Mecklenburg they call out to the woman who binds the last sheaf, "You are the Harvest-goat.

About Luneburg, also, the woman who binds the last corn is decked with a crown of corn-ears and is called the Corn-goat. In the Canton St. Gall, Switzerland, the person who cuts the last handful of corn on the field, or drives the last harvest-waggon to the barn, is called the Corn-goat or the Rye-goat, or simply the Goat. In the Canton Thurgau he is called Corn-goat; like a goat he has a bell hung round his neck, is led in triumph, and drenched with liquor.

In parts of Styria, also, the man who cuts the last corn is called Corn-goat, Oats-goat, or the like. As a rule, the man who thus gets the name of Corn-goat has to bear it a whole year till the next harvest. According to one view, the corn-spirit, who has been caught in the form of a goat or otherwise, lives in the farmhouse or barn over winter.

Thus, each farm has its own embodiment of the corn-spirit. But, according to another view, the corn-spirit is the genius or deity, not of the corn of one farm only, but of all the corn. Hence when the corn on one farm is all cut, he flees to another where there is still corn left standing. This idea is brought out in a harvest-custom which was formerly observed in Skye.

The farmer who first finished reaping sent a man or woman with a sheaf to a neighbouring farmer who had not finished; the latter in his turn, when he had finished, sent on the sheaf to his neighbour who was still reaping; and so the sheaf made the round of the farms till all the corn was cut. The custom appears not to be extinct at the present day, for it was reported from Skye not very many years ago.

The corn-spirit was probably thus represented as lame because he had been crippled by the cutting of the corn. Sometimes the old woman who brings home the last sheaf must limp on one foot.

But sometimes the corn-spirit, in the form of a goat, is believed to be slain on the harvest-field by the sickle or scythe. Thus, in the neighbourhood of Bernkastel, on the Moselle, the reapers determine by lot the order in which they shall follow each other. The first is called the fore-reaper, the last the tail-bearer. If a reaper overtakes the man in front he reaps past him, bending round so as to leave the slower reaper in a patch by himself. This patch is called the Goat; and the man for whom "the Goat is cut" in this way, is laughed and jeered at by his fellows for the rest of the day.

When the tail-bearer cuts the last ears of corn, it is said, "He is cutting the Goat's neck off. The reapers chase it and try to catch it. When it is caught, the farmer's wife holds it fast while the farmer cuts off its head. The goat's flesh serves to furnish the harvest-supper. A piece of the flesh is pickled and kept till the next harvest, when another goat is killed. Then all the harvesters eat of the flesh. On the same day the skin of the goat is made into a cloak, which the farmer, who works with his men, must always wear at harvest-time if rain or bad weather sets in.

But if a reaper gets pains in his back, the farmer gives him the goat-skin to wear. Similarly, we saw that elsewhere, when a reaper is wounded at reaping, a cat, as the representative of the corn-spirit, is made to lick the wound. Esthonian reapers of the island of Mon think that the man who cuts the first ears of corn at harvest will get pains in his back, probably because the corn-spirit is believed to resent especially the first wound; and, in order to escape pains in the back, Saxon reapers in Transylvania gird their loins with the first handful of ears which they cut.

Here, again, the corn-spirit is applied to for healing or protection, but in his original vegetable form, not in the form of a goat or a cat. Further, the corn-spirit under the form of a goat is sometimes conceived as lurking among the cut corn in the barn, till he is driven from it by the threshing-flail. Thus in Baden the last sheaf to be threshed is called the Corn-goat, the Spelt-goat, or the Oats-goat according to the kind of grain. 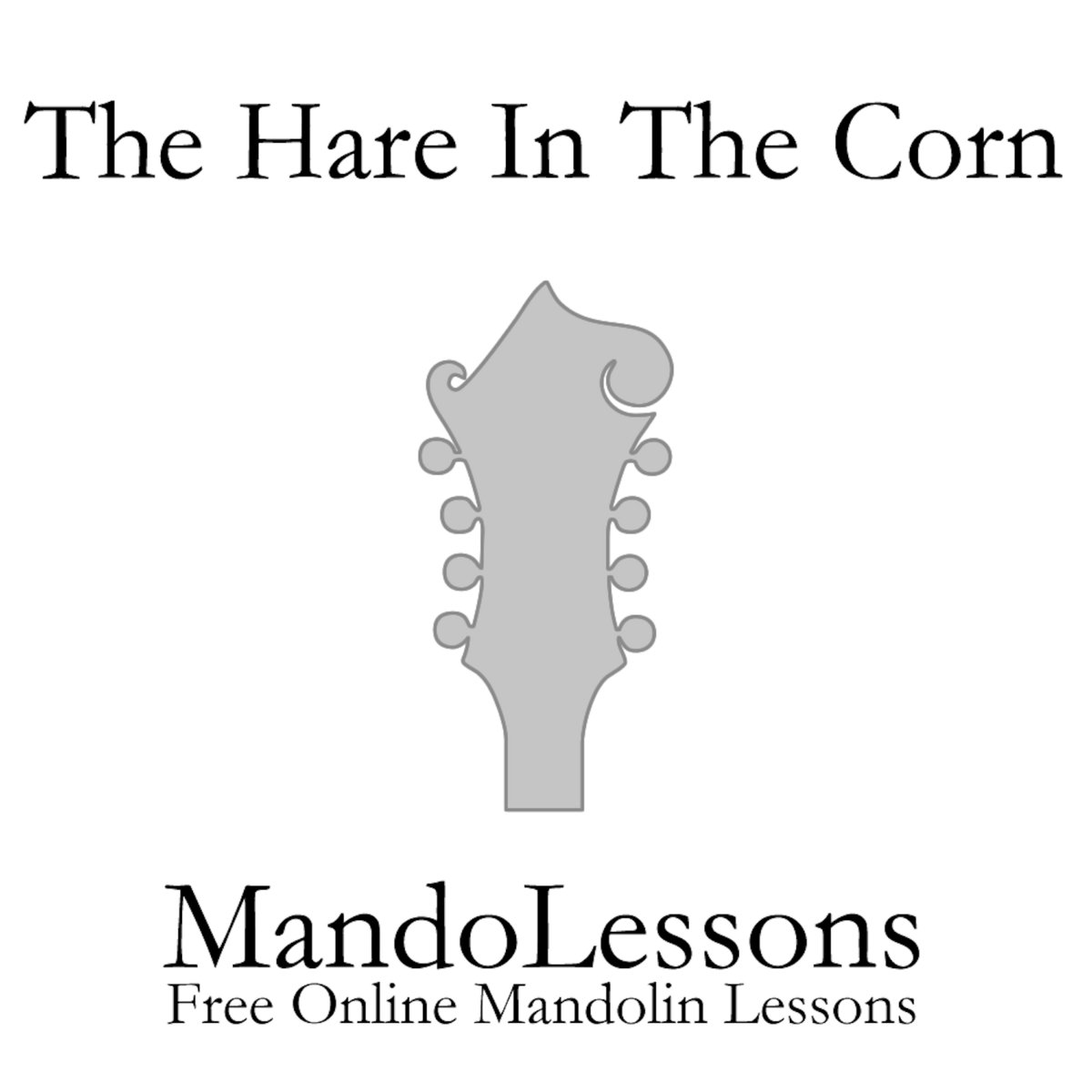 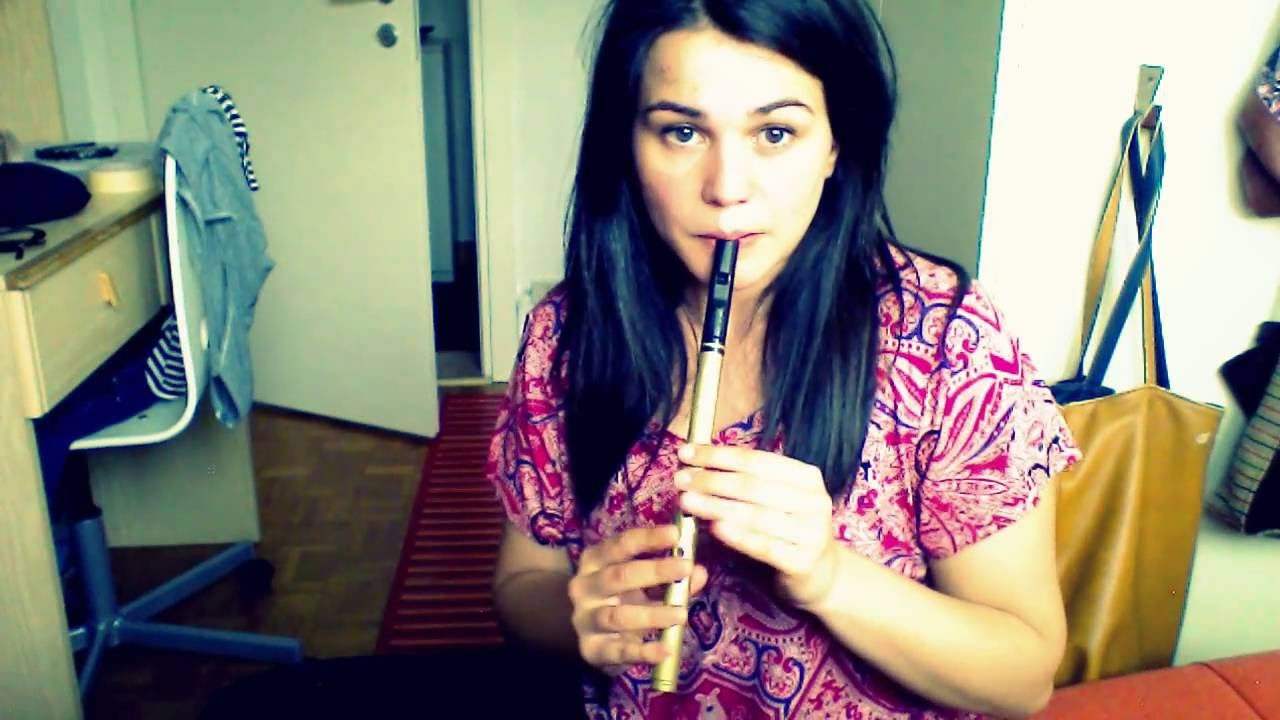 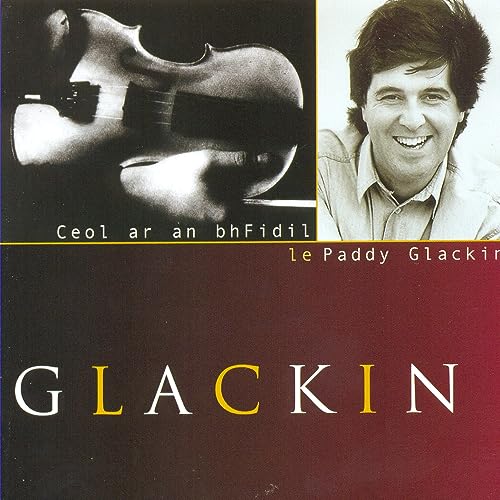 Related The Hare in the Corn